BIRD Aerosystems has an outstanding reputation in the defense community with a very capable management team that brings vast operational experience combined with in-depth engineering capabilities that together drive the development of new and advanced airborne products and solutions.
In total, we have a multi-disciplinary highly capable management team capable of powering large scale and complex projects. 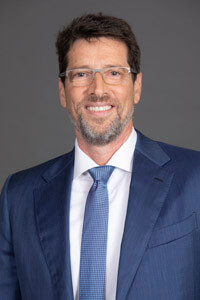 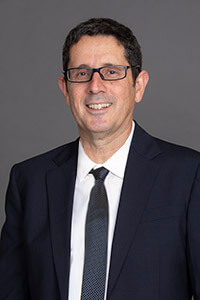 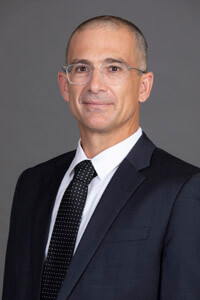 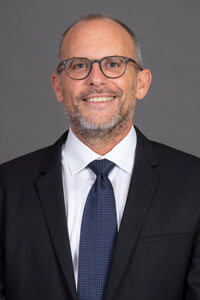 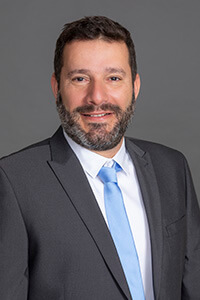 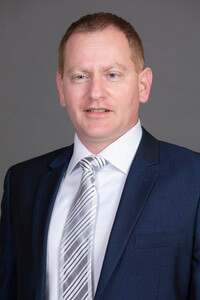 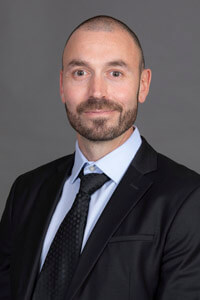 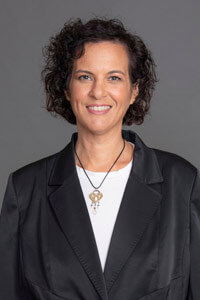 Mr. Factor has led BIRD Aerosystems Ltd. as Co-CEO, since co-founding the company in 2001.
As such, he oversees the company’s growth strategy and worldwide business development, as well as its marketing, commercial, finance and subsidiary management. He has been responsible for the continuous growth of the company over the past two decades, including the M&A process with FIMI Opportunity Funds in 2018.
In taking the lead of the business development his work has included establishing companies in various countries and expanding global corporate partnerships, while his background in innovation and engineering has enabled him to lead the development of BIRD's advanced technologies and systems that are used to protect aircraft, maritime and ground borders and land-based and strategic facilities around the world.
Mr. Factor has dozens of patents registered in his name in the fields of lasers, jammers, radars and detectors. His decades of experience include working with Avionics and leading the end-to-end development and implementation of airborne EW systems.
Prior to founding BIRD, Mr. Factor was leading the developing the South African Rooivalk attack helicopter, responsible for the complete helicopter's Human Machine Interface as well as the system integration and testing of the helicopter's weapons, avionics, visionics and EW systems.
Mr. Factor also brings deep operational know how gained from his significant exposure to innovation within the military as a helicopter combat pilot.
Beyond is roles at BIRD, Mr. Factor also serves as Chairman of the Board and board member at several companies. He holds a bachelor of science degree in Industrial Engineering and Management from Ben-Gurion University, and served many years as an attack helicopter pilot in the Israeli Air Force.

Mr. Dragucki heads the company as part of a joint management team, together with Mr. Ronen Factor.
Mr. Dragucki has vast experience specializing in air- to- ground weapon systems, UAVs, avionics, and airborne EW systems.
Prior to founding BIRD, Mr. Dragucki was the program director for major air- to- surface missile programs for the IMOD and for major Israeli defense companies. In addition, he was contracted by the largest Israeli defense company to manage one of its major UAV programs for a foreign client.
Mr. Dragucki served as an officer and program manager for the Israeli Air Force heading the Delilah air- to- ground weapon system program.
Mr. Dragucki holds a B.Sc. in electrical engineering, from the Technion, Israel Institute of Technology, in Haifa and a MA in Business Administration from the Hebrew University of Jerusalem.

Mr. Caplan serves as Vice Presidents and Director of BIRD's Aircraft Protection Programs and is responsible for overseeing BIRD's AMPS Programs, including all activities from business development, engineering and marketing to the timely delivery of BIRD's Aircraft Protection Solutions. Mr Caplan also heads BIRD's innovative product development efforts in the field of Self Protection Solutions, as well as the ongoing installation and delivery programs for customers worldwide.
Prior to his current position, he led the R&D team at BIRD Mr. Caplan has garnered vast experience in his field, specializing in advanced aerospace and avionics systems.
Prior to joining BIRD, Mr. Caplan served as the Technical Team Manager at ELBIT systems Ltd and participated in development and engineering as Senior System Engineer for C4ISR Battle Management systems and various avionics and armament aircraft upgrade programs at ELBIT systems.
Mr. Caplan holds a B.Sc. in Electrical Engineering from the Technion - Israel Institute of Technology in Haifa and an M.S. degree in Science Management from Polytechnic University, NYC.
He is a reserve attack and Naval CSAR helicopter pilot in the Israeli Airforce.

Mr. Mazor heads the Marketing and Business Development activities at BIRD with responsibility for the company’s marketing and sales activities and for establishing business development initiatives and strategic partnerships that consist with the company’s overall strategy.
Mr. Mazor has vast marketing experience and specializes in EW and Communication systems.
Prior to joining BIRD, Mr. Mazor was the Director of Marketing and Business Development of the communication and command & control Directorate in RAFAEL, where he led their world wide marketing and business development activities.
Mr. Mazor served as an EW specialist officer in the Israeli Defense Forces and holds a B.Sc. in Information Systems Engineering from the Technion – Israel Institute of Technology in Haifa, and an M.B.A in Marketing and Finance from Haifa University.

Mr. Haloutz Serves as the head of BIRD's Special Mission Solutions Business Unit. He is responsible for leading BIRD's Special Missions programs including worldwide turn-key solutions including Aerial, Naval and Ground segments and advanced state of the art Special Mission Aircraft; all tailor-made for our satisfied customers.
The Special Mission business unit also leads the development and implementations of BIRD's proprietary C4ISR systems – the MSIS and OSCAR.
Mr. Haloutz Joined BIRD in 2019 after completing a long service as an Israeli Air force C-130 Pilot and Squadron commander.
Mr. Haloutz holds an M.Sc degree in Electrical Engineering from Tel-Aviv University and M.B.A from Ben-Gurion University

Mr. Zelikman heads the research and development of new products at BIRD
Prior to joining BIRD Mr. Zelikman has served in Israeli Air Force and Israeli MOD as a technical leader for the advanced self protection systems. Mr. Zelikman participated in the design, development, integration and test of multi-sensor systems integrating various counter measures.
After joining BIRD in 2008 Mr. Zelikman served as system engineer, technical manager and programs manager before becoming the company R&D Director.
Mr. Zelikman holds B.Sc. and M.Sc, in electrical engineering.

Mr. Raz joined BIRD in 2014 and heads the legal and contracts department at BIRD.
In this capacity, Mr. Raz manages BIRD’s external and internal legal matters, contract negotiations, contract management, regulatory compliance, privacy issues, internal governance, employment issues, operations, patent and litigation matters.
Prior to joining BIRD, Mr. Raz served as Contracts and Sales Director at Elbit Systems Land and C4I ltd. and as Legal Counsel at Elbit Systems Electro-optics - Elop Ltd. Before working at ELOP, Mr. Raz was an associate in M Seligman’s Corporate and Technology Department.
Mr. Raz holds an LLB and an MBA degree from The College of Management Academic Studies in Israel and is a member of the Israel Bar Association.

Mrs. Guttmann Cohen Serves as HR Director of BIRD. She is responsible for leading all HR aspects of the company starting with employee branding, recruiting process, employee perseverance and welfare as well as organizational development, coaching managers and making sure employee satisfaction is high.
Mrs. Guttmann Cohen Joined BIRD in 2021 after being in several different start up companies from different industries in where she was VP HR and helped to build some from scratch.
Mrs. Guttmann Cohen holds an B.A degree in social studies from The Open University of Israel.